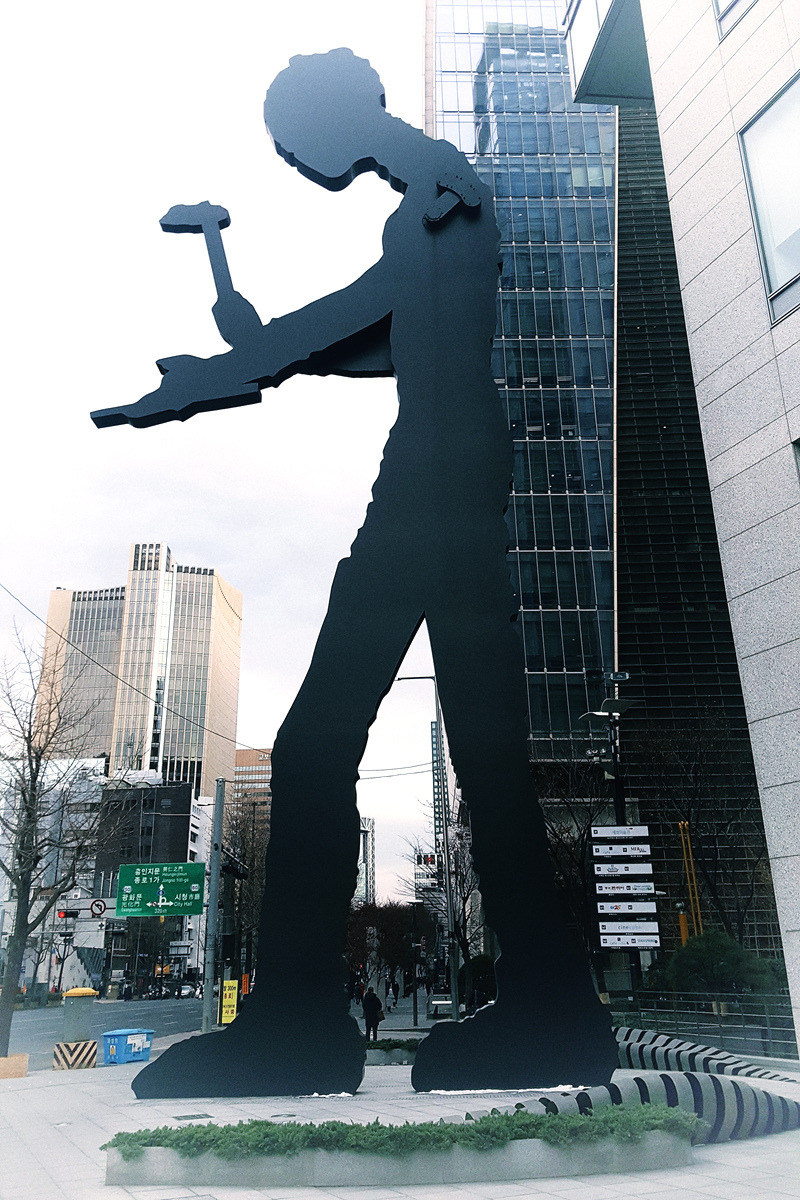 The largest Hammering Man is in Seoul, South Korea next to the Heungkuk Life Insurance building in the Gwanghwamun area of the city.

Seoul's Hammering Man strikes a blow every minute and seventeen seconds and is considered an important city landmark.

In August 2009, the city of Seoul completed a project to move the sculpture 4.8 m/16 ft closer to the sidewalk and dedicated a new small gallery park at the site. A spiral path, surrounding the statue, was created to enhance the presence of the work of art. Specially designed benches, landscaping, and lighting were added to the surrounding park to complete the effect.